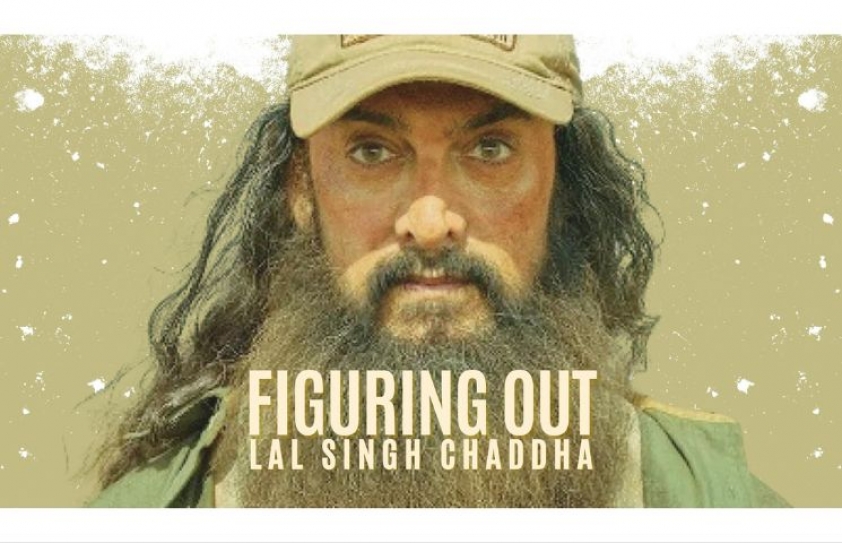 An essential quality of cinema is to portray moments that are transitory in human life, writes Satyabrata Ghosh in his take on the film Lal Singh Chaddha, making waves after its recent release on a streaming channel.

At most, they stay as good or bad memories, which can or cannot be recalled every time a person wants to in real life. Cinema, however, recreates some of those moments for the audience to relate both to the tribulations and ecstasies that the character had to go through. Once the audience connects with these emotions they forget the two-dimensional images and synthetic sounds, through which the emotions were conveyed, and cherish them.

Unlike most of the leading actors in Indian films, Aamir Khan has shown his penchant for portraying characters who have a backstory worth narrating. In Dil Chahta Hai (2001) or Rang De Basanti (2006) the Akash and DJ, the two flamboyant characters, covered a long arc in which they evolved from happy-go-lucky boys to men capable of taking crucial decisions. This was actually the premise on which such films were made.

In Lal Singh Chaddha (2022), Aamir Khan strides a few steps further. Instead of an arc from a confused college student to a man forced to rebel against a system, or winning his lady love, he spans himself from a docile boy with supposedly an impaired leg to a man who kept running for four years and more.

From the first phase to the last, Lal Singh Chaddha lived a life portraying, which the VFX team laboured hard with Advait Chandan, the Director, and Aamir Khan, to make it look extraordinary. The prime makers of Hindi mainstream cinema equate spectacles with extraordinariness - to them, it is more of a responsibility to serve such anomalous characters and incidents as a staple diet for the Indian audience for decades. Many times they were able to capture the collective imaginations in the past. But as they scaled up their operations the chances of hitting the jackpot became slimmer these days.

Lal Singh Chaddha is the official adaptation of Forrest Gump (1994), a Robert Zemeckis film, based on the screenplay by Eric Roth, featuring Tom Hanks. When Atul Kulkarni shouldered the task of Indianizing the Hollywood film, he must have been aware of the two different realities apparent in the two countries.

Recreating the historical landmarks of a country through the life lived by the protagonist is indeed a daunting task. The way Forrest Gump (Tom Hanks) ran to become a runner from a boy with a leg-brace certainly helped Kulkarni to find a springboard for his out-of-ordinary Lal Singh Chaddha (Aamir Khan). An emotional connection in the form of a strong-willed mother also helped the debutant Indian scriptwriter.

Mrs. Gump (Sally Field) is transformed into Gurpreet Kaur Chaddha (Mona Singh) who helps her son to retain innocence and persistence to reach his goals by fighting the odds. Just as Gump was enlisted in the U.S. Army Chaddha joined the Indian Armed Forces. Following the general structure of the original film, the makers get Lal Singh Chaddha inducted to the Indian Armed Force. And this is where the film takes too many licenses to make the audience believe in Chaddha, the good soul.

A graduate of Delhi University who desired to wear a maroon beret would generally go to the National Defence Academy after clearing the admission test. Lal Singh Chaddha however, preferred to be a Naik (equivalent to Corporal, between Lance Naik and Havildar) instead of a cadet gentleman in the film. Surely, emulating Gump became more important here. The circumstances of befriending Bala (Naga Chaitanya Akkineni), as Gump did with ‘Bubba’ (Mykelti Williamson) in the original film would not otherwise be conveniently filmed in the context of Indian reality. 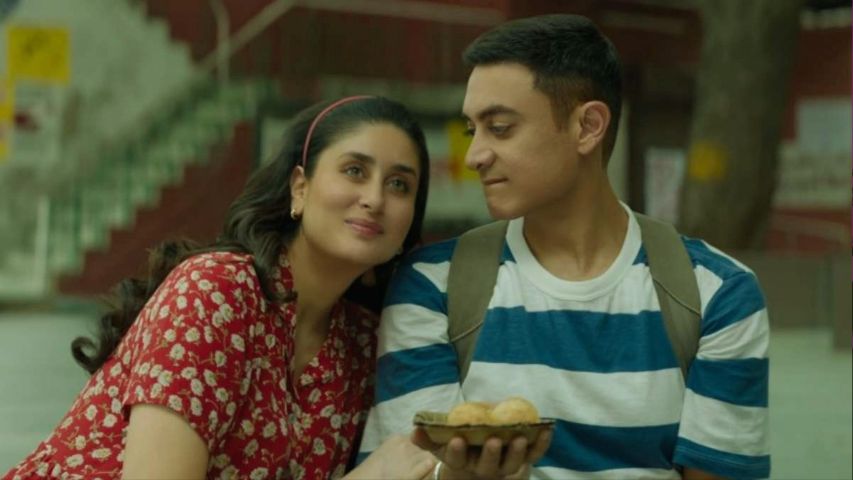 The film uses the recreation of the Kargil War to exploit one of those humanizing goals that successive Indian governments had been traditionally using to the extent of being mundane. While the mistrust and aggression in strategic moves, as well as its diplomatic relation of the nation, compete with the murkiness of that practiced by Pakistan, the Indian actor finds it the right place to rise above the hyped animosity and supply the dose of ‘humanity’ to the audience. In a society plagued by extreme polarization, such a message of humanity often misses the target, as is the case with Lal Singh Chaddha.

Having said that, Advait Chandan’s film intended to bring into one plane the major events in recent history that made Indians shudder at a frequency. To the makers, these events serve as the punctuation marks in the life of Lal Singh Chaddha – from boyhood to his manhood. Beginning with the tight close shots of eyes shocked by the repeated blasts at Golden Temple at Amritsar during Operation Blue Star sets on both the temporal and spatial frames of reference with the reticent boy.

Gurpreet Kaur Chaddha’s desperation to keep her son from the violence helps to retain a neutral mind for his son. This becomes heightened when the scared mother assures her son’s safety by severing the kesh of a Sikh when the riots happened in Delhi soon after Indira Gandhi’s assassination.

While compressing the formative years of Lal Singh Chaddha to about 30 minutes, Hemanti Sarkar, the editor of the film deftly relates as well as distances the main character from taking a side while the recent violent history of the country unfolds. The punch line penned by Kulkarni equating rioting in the name of religion to the spread of malaria, too, helps in etching Lal Singh Chaddha’s non-partisan character. This was heightened later when Naik Lal Singh Chaddha saved Mohammed Paaji (Manav Vij), a Pakistani militant during Operation Vijay at Kargil.

Besides this undying motivation to spread the messages of peace and brotherhood, Lal Singh Chaddha offers more on the platter to the audience. Through the saga covering the phases of budding romance to agonized separation to a ‘death-do-us-part’ marriage, the film humanizes the story of Monica Bedi. The feminine counterpart of Jenny Curran (Robin Wright) in Lal Singh Chaddha is Rupa D'souza (Kareena Kapoor Khan) whose desperation to run away to fame stops at the window seal of a Dubai high-rise. Her return and eventual submission to police is an attempt to sublimate the vicious story of dreaded underworld killer Abu Salem and his girlfriend.

Aamir Khan has never stopped short of perfecting the character he plays in the film. His sincerity in scaling the production value of his film to that of a spectacle too is well-known. But with Lal Singh Chaddha, he goes overboard with a broad-based idea stemming from Forrest Gump.

What worked for the American film and did not for the Indian adaptation? The fault lines of Lal Singh Chaddha are the flights of escapism on which Hindi mainstream films so often depend for success. Had Lal Singh Chaddha been a political film where the characters behave less like a human and more like the victims of the troubled history of this sub-continent, Aamir Khan could have been a happier man today. Staying in the middle with no height to touch by the needed political sensibility, nor stoop to churn another patriotic love story of the so-called ‘Bollywood’, Lal Singh Chaddha suffered the wrath of the intolerants at one side and the indifference of those who love cinema irrespective of the Twitter handles with hashtag boycotts.

Time is just ripe for ones like Aamir Khan to step out and bring the normal, thinking Indians on screen who smile even when suffering.