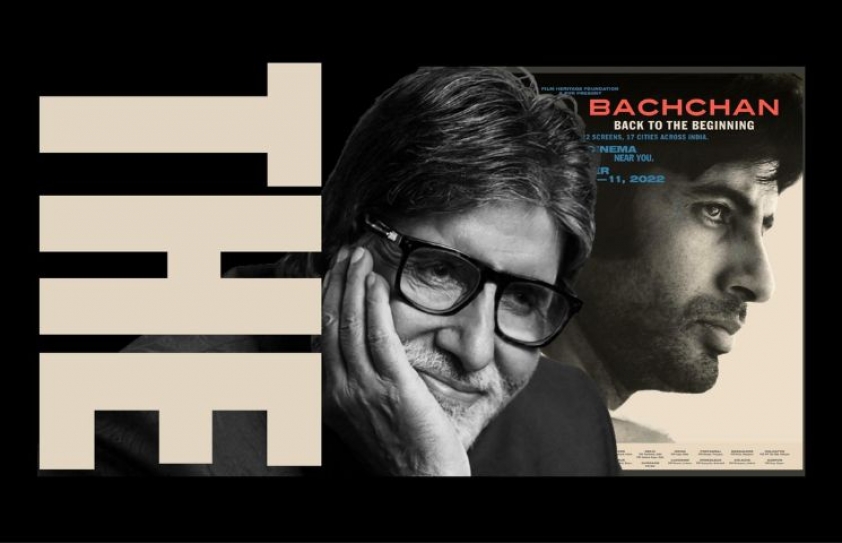 Monojit Lahiri pays a personalized tribute to the Muqaddar ka Sikandar, the Shahenshah whose timeless aura and charisma, neither age can chill, nor rivals steal.

Amit, Amit Bachchan. That’s how he was known in the early sixties in a Calcutta [not Kolkata] that really rocked, socially, culturally, intellectually and commercially. Young, tall, lanky, with limbs that seemed to go on forever and a very conspicuous Adam’s apple, which kept bobbing up and down (in distracting fashion) the guy worked as an executive in a multi-national company and lived the charmed life of a carefree bachelor in a city that offered an embarrassment of riches.

I met him a couple of times through my college buddy Victor Banerjee, who was starring in a musical (along with him) entitled Desert Song. Shy, well-mannered and soft-spoken, he appeared the retiring kind, one who, despite an active interest in English theatre, didn’t like to scorch public space with his personality. However, I have to confess that even in those early days, what struck casual Bachchan-watchers was his innate sense of composure, quiet dignity and the way he conducted himself in public. The man epitomized refinement, an endearing sense of reserve and class. 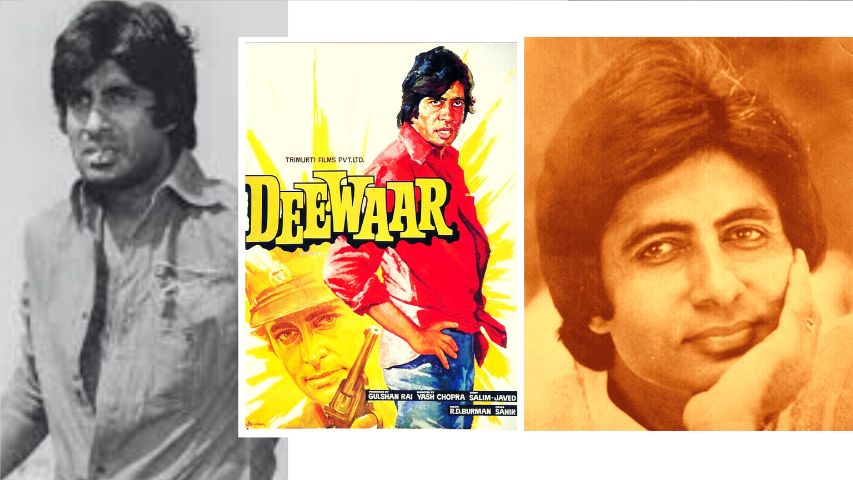 One fine day there was a buzz that the Bachchan guy, the ‘lamboo’ with a great voice, was splitting the city to try his luck in Bollywood. Had he totally lost it? Was he suffering from delusions of grandeur? This was the late sixties when the Rajesh Khanna wave was at its demonic height… What on earth could this toothpick offer?

The first reports of his signing the film ‘Saat Hindustani’ and the subsequent news that it hardly got a decent release prompted collective shrugs from our crowd. My trips to Mumbai confirmed my worst fears. Right from his name, in an environment bursting at the seams with Kumars, Kapoors, Khannas and Khans, to his looks, background, stature, body language and the way he conducted himself, Bachchan was a mega-misfit all the way. Ridiculed, overlooked, neglected and rejected, Bachchan was clearly bad news.

It was while playing lead opposite Aruna Irani, in Mehmood’s ‘Bombay to Goa’, he let fly a fine zinger of a performance, but it was the star comedian’s show all the way. And the lightweight hero was quickly forgotten by most. Luckily script-writers Salim-Javed weren’t among them.

I remember Javed Akhtar telling me how Bachchan and ‘Zanjeer’ happened. “Salim saab and I were at the end of our tether in terms of whom to cast as our edgy, unsmiling, intense cop who believed in violence without apology, spoke with his fists and generally epitomized the impatience and restlessness of that era. Today, we are so thankful that the script was vetoed by several established heroes of that time because no one could dream of embellishing the role with the kind of style, deadly cool and panache, re-enforced with that heart-wrenching touch of soul-searing vulnerability that Amitabh Bachchan did. It took us only a few scenes, especially the Amit–Shatru fight in that silly Mehmood caper, to decide who would be our Vijay. That’s how ‘Zanjeer’, and the Angry Young Man was born.” 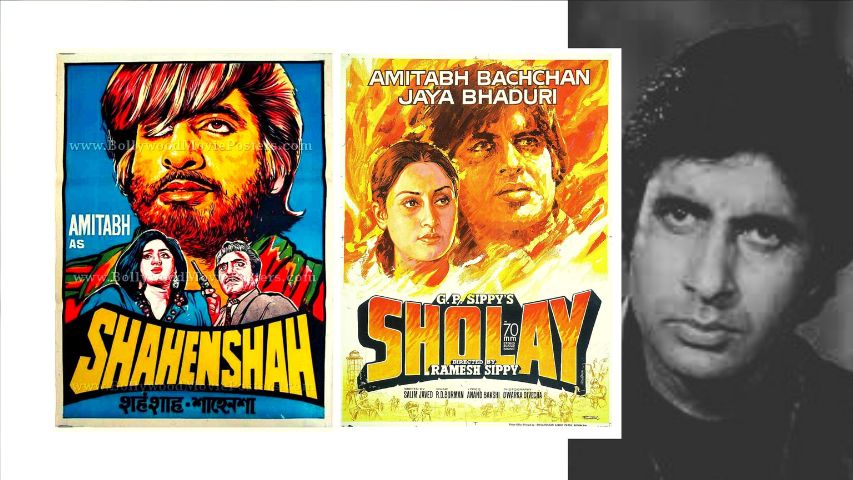 Interestingly I was in Mumbai and at his Vile Parle residence in that auspicious September of 1973, a week before the release of the film that would change his life, forever. Bachchan was pleasant and polite (as always) as we recalled the exciting Calcutta of the mid-sixties and common friends, but appeared a bit jumpy and restless. He had just completed (he said) a role in a film where he played a cop who repeatedly takes the law in his hands. There were no light moments of the usual, popular escapist, audience-friendly romance and comedy.

It was an unrelieved, intense, one-dimensional saga of a loner wanting to take on an unjust corrupt world. Bachchan was clearly going through a miserable phase, the industry’s undisputed Mr. Unlucky, and he was desperately praying for the film to turn the tide. Would it? He requested me to pray for him. I remember smiling bravely and flashing the ‘V’ sign before leaving his house. Another bomb, I told myself, beginning to feel really bad for the talented but jinxed actor, specializing in good performances in lousy movies that regularly bit dust at the box-office. Ah well...

Amazingly, it was this very ‘Zanjeer’ that unchained Amitabh Bachchan from ill fortune and catapulted him into planet ‘wow’. Fusing sexy machismo with Clint Eastwood-style cool, Bachchan introduced a brand of anti-herogiri never seen in mainstream fare which (bingo!) worked. Tapping astutely into the temper of the times (an environment ripe with impatience, ferment, frustration and helplessness at a system that failed to deliver) the young actor soon found himself re-shaping his connection with the industry and audience. Success brings confidence and very soon, widening his histrionic bandwidth to include his brand of comedy, romance, song-dance, action, drama with a kind of magnetic conviction and credibility, he became the definitive ‘one man industry’.

His astonishing highs, his sudden lows with ‘Toofan’ and ‘Jadugar’ (a decade and a half later), his unhappy association with politics and the ‘ABCL’ nose-dive have been chronicled a zillion times to warrant repetition. His amazing phoenix-like resurrection as an anchor in ‘KBC’ in early 2000, however, demands re-telling. 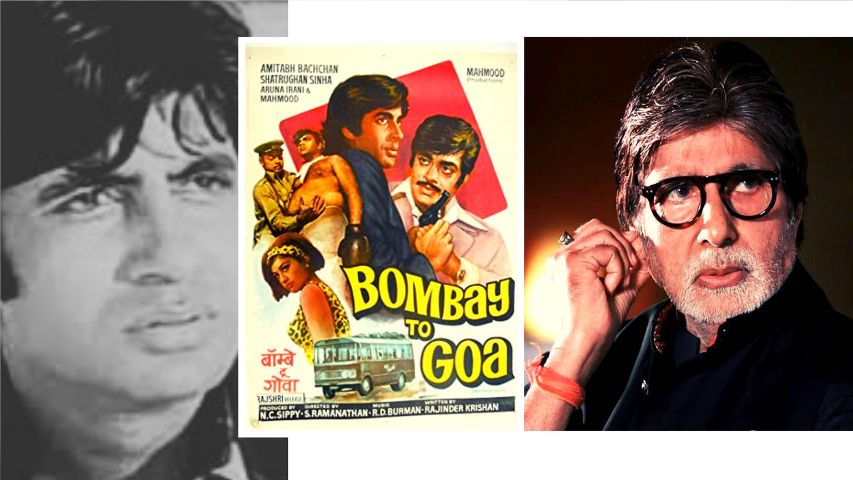 Siddharth Basu, who produced the landmark reality show, lays it on with trademark eloquence. “STAR was looking for a vehicle that would be a flagship for the turnaround relating to the launch of their Hindi channel. ‘Who wants to be millionaire’, the hugely popular U.K. originated game-show, was one of the concepts under consideration. The format was exceptionally strong and the temptation to use it was great, but the crucial question was - who would be the face for the show. We needed magical and mesmerizing charisma and drawing power across the board. Many names were lobbed but when Sameer Nair (Programming Head) threw in AB, my jaws dropped. I tried to visualize the enormity of the project, whether Big B would agree, and did Sameer really hope to pull off Mission Impossible? The overwhelming success of KBC I and II bears testimony to the mind-boggling teamwork involved, but it was AB who really was the crucial driver for taking KBC to the skies. Blending style and class with mass-appeal, he infused in the show color and drama that was truly awesome. The bi-lingual ease and eloquence fused with warmth that connected with every single participant across 350 episodes was incredible. Diligent, disciplined and conscientious, he took pains to do his homework after every single episode and at the end of the day ultimately managed to achieve the impossible – bestow on the box the dimension of the big screen. He broke the rules, re-invented himself and continues to blow everyone’s mind. Man, whatta guy.”

Today Bachchan’s adventurous willingness to not only push the envelope but slam it by doing a variety of roles with a range of young, new age directors, seems to reflect his conscious decision of taking that magic leap into the exciting unknown, and with accolade, applause and awards across the globe, films, shows and endorsements raining on his backyard and his popularity (once again) zooming skywards, Big B has truly gained iconic status. As a passionate Bachchan watcher who has traced his journey from nowhere land to center-stage, I end my piece with the following salutation...

Some actors occupy the stage; but few rule it. Some actors hold an audience; few possess it. Some actors light up a scene; few ignite the entire film. These, combustible few, blaze with the magic and mystique of acting, authority, intelligence, intuition, intensity, that triggers that sublime leap to greatness. There is a charisma apart from the role itself when these blessed creatures grace the screen, transforming co-stars into awed, rapt and overwhelmed onlookers.

Keep going Big B. Happy Birthday Amitabh Bachchan, we wish you more power and glory in your fascinating journey into futureland.

A PLEA FOR PEACE