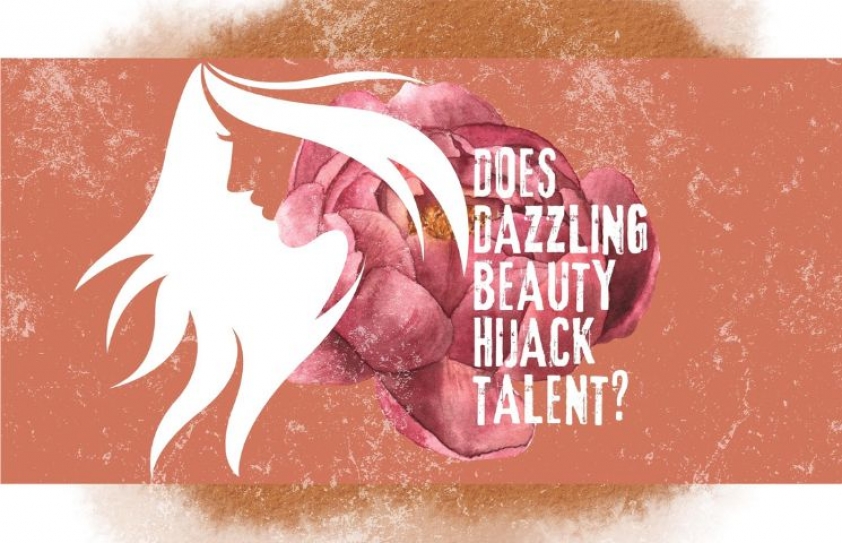 Monojit Lahiri investigates the conundrum surrounding beauty and brains, in real and in real life, that has been going on for ages.

Flashback time. A little over three decades ago when my gifted sister-in-law, Aparna Sen, was shooting for her path-breaking film Parama, about a seemingly happily married woman’s affair with a much younger man and how through subsequent family and social ostracization and trauma she discovers her true self, she selected Rakhee Gulzar to play the title role. I was living and working out of Delhi but happened to be in Kolkata and dropped by to see the shoot. It was a hard close-up of the actress and her devastating beauty that really took my breath away.

Later that night, there was a party at Aparna’s place where I was made to play co-host. The most memorable part of the job was that I got to meet and cozy up with the actress upfront and close and found her to be extremely warm, friendly, fun, non-starry, and lethally stunning, prompting even a senior, jaded, hard-boiled female journalist to gush later that Rakhee’s looks “tends to completely paralyze the critical faculties and seduce the eyes and senses in the way perhaps Cleopatra and Helen of Troy so famously did once with their beauty!” Sure, she was flat and full-on fida, but it got me thinking. Does stunning beauty really hijack everything else and reduce you to a blabbering, stammering, zonked-out devotee, slave, worshipper?

There seems to be some proof of it in celeb-land. The breathtakingly beautiful British actress Vivian Leigh, who lit up the stage and screen in the 1940s, 1950s, even the 1960s, often complained bitterly of this malaise and how it plagued the early part of her career. How, when she got the most coveted role on earth, Scarlet O’Hara in Gone with the Wind starring opposite the King, Clark Gable, against fierce competition, comprising every single Hollywood heroine of worth, the hi-decibel bitchery that her British, angelic beauty got her the role totally dismissed and ignored her large and distinguished body of work that otherwise demonstrated power-house talent.

Over the years, be it Elizabeth Taylor, Jacqueline Bisset, Catherine Deneuve, even our very own Suchitra Sen, Rakhee, Madhubala, Aishwarya Rai Bachchan, Madhuri Dixit Nene, this unspoken, unarticulated feeling has, consciously or otherwise, colored the minds of even the most sane, moderate and grounded individual.

The most stinging zinger came from a British newspaper article, which suggested that the 37-year-old author of White Teeth, Zadie Smith’s good looks were coming between her and the critics who were unwilling to take her seriously and give her due credit as a gifted writer. Ms. Smith, of course, was, predictably, mad. “The assumption that beautiful women don’t have to be intelligent is sinister.” She complained about this “ridiculous obsession” on looks, noting that it is not she, but the photo editors, who insisted on putting her picture in the book and articles.

Our very own Shobha De, veteran journalist, columnist, best-selling author and no mean looker herself, regularly splashed across magazines, publications and her book jackets for decades, joined the party with all cylinders firing. She wondered why Zadie behen was getting all heated up, because today it is a syndrome that comes with the territory. She went on to compare the British beauty with another deadly gifted looker, Jhumpa Lahiri, who is “seriously spectacular, but nobody thinks less of her as a writer because she is good looking. If anything, her personality enhances the appeal of her books and is an essential part of her positioning as an established writer.”

De reminded us that in these consumerist times, authors too have been converted to brands, just like all other objects of desire, such as film stars, sports stars, musicians, politicians, the works. The feisty De had insisted, “We live in visual times. Attention spans have shrunk. Everybody wants to look good and desperately seek that instant quick fix. The lucky few who are born with it should milk it for all its worth, Women need to be sensible about this objectification and remember, success is the best and sweetest revenge!”

True? Correct? Ask any true-blue beauty, with brains, and chances are she will hesitate to answer with the confidence of Ms. De. Why? Because, somewhere she believes, through experience and example, that her looks appear to frequently blur recognition of her talents. 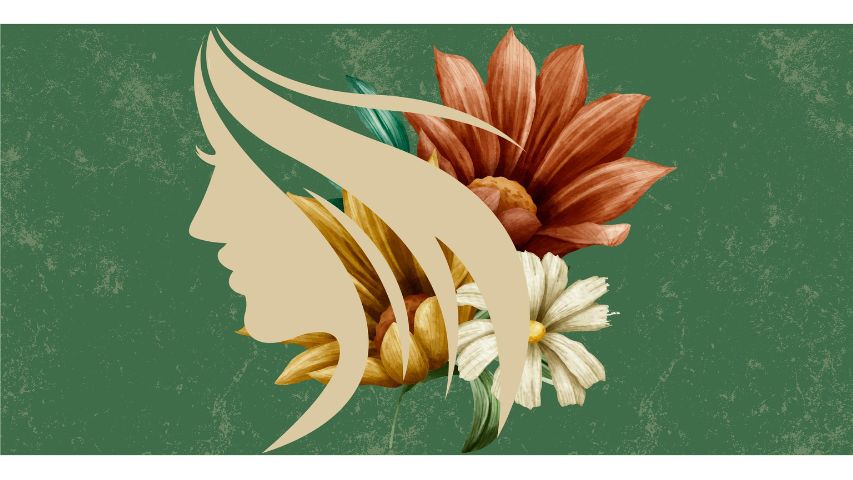 Confided a sublimely beautiful marketing executive employed with an ad agency, “The so-called extra edge is a roadblock not a gateway. Appreciation of my looks is fine, but to allow me privileges and special treatment solely for that is insulting my brains, dedication to my work and the commitment I invest in my job. It suggests that I am a bimbo, hired for my physical looks. Everything else is irrelevant and unimportant. Should I, for some reason, lose my looks, I am bound to lose my job. This dumb, regressive, male-gaze and tunnel-viewed, stone-age perspective, so stereotypical in the public domain is sick!”

Unfortunately, in showbiz-driven professions, films, modeling, theatre, television, public relations, communication, where what you see is what you get is the mantra, looks (like it, admit it, recognize it or not) matter.

Queries a bewildered behavioral scientist Tara Khanna: “What’s all this garbage about the fight between beauty and brains? There is no fight. Never was. Never will be. Period. Traditionally and historically, beautiful women have always drawn more attention than the plain-Jane ones, because looks come before anything else, that deadly first impression. Everything else comes later. Aren’t you drawn to things of beauty, a dress, painting, landscape, mountains, sea, sky, rain, furniture, décor, why should women be any different? How she handles the attention is another story.”

Osmel Sousa, the redoubtable head of the famed Miss Venezuela pageant, renowned for dazzlingly showcasing sensational hot beauties, openly ridicules this whole concept and offers a brazenly candid retort. “What’s this rubbish about Inner Beauty? It doesn’t exist. It’s something un-pretty women invented to justify themselves and their persona.” He points out to the ever-burgeoning craze of plastic surgery all over the globe and provocatively suggests that it’s not exactly like a brain transplant.

Be that as it may, beauty continues to act as a double-edged sword and it is a rare beauty who has not, consciously or subconsciously, felt herself being feted, celebrated, applauded or complimented for the wrong reasons.

Explains noted social scientist Ashish Nandy: “It’s something like fame. People may not even know your exact calling, but they have seen your dazzling presence on TV and magazines and that’s good enough. There is no doubt that many of these beautiful creatures, who possess intrinsic talent and gifts, after a while find it tedious, annoying and inane, but fact is, there has and always will be a huge premium placed on good looks. Smart women know how to handle it intelligently and leverage it to her advantage. Sure, sometimes they do feel frustrated but would they (honestly) change with an ordinary looker? Prefer to be a clever ‘Plain Jane’ known for her brains?”

Adds film critic Partho Chatterjee: “Vivian Leigh and Elizabeth Taylor, Suchitra Sen and Ash Rai Bachchan could well sometimes feel that their acting and histrionic ability is completely ignored and that the audiences seem to be besotted and bewitched only by their looks and feel very depressed. Totally justifiable. However, life is not perfect and beautiful women, be it in showbiz or in the public domain, will always grab more attention, interest and desire than others. Simple examples: Konkona Sen Sharma, Tabu, Nawazuddin Siddiqui, Parineeti Chopra, Rahul Bose, Kay Kay Menon and Adil Hussain are acknowledged brilliant actors, right? However, since they don’t look beautiful, glamorous or hot and romantic, they have been systematically overtaken in popular imagination by mass audiences across the globe by dazzlers (with lesser talents?) like the Khans, Hrithik, Akshay, Ajay and Kareena, Kat, Priyanka, Deepika and gang. Why? Because like a picture is equal to a thousand words, beauty has face value that paralyses the critical faculties! Sure, just beauty alone can’t hold attention for long, but hey, it’s a killer and sure-fire bet for starters!”

But, however, undeniably, there is a seismic shift taking place, which may or may not meet the eye. It’s the very consumerist and visual times that De speaks about, that have given rise to another generation of humans, presently, that are able to see past the make-up and identify the photoshopping, plastic surgeries and touch ups. It is this present discerning generation, now, pricing talent over looks and substance over style. Inner beauty reflects through the eyes, through the pause, the silence as well as the noise - it penetrates everything. Like it or not, there would never have been a Big B, if that wasn’t so.

Look at the way the Khans, Hrithik, Akshay, Kareena, Kat, Priyanka, Deepika and gang are being placed in mindless and sasta Instagram Reels, and inadvertently getting pushed to aggressively fight, retain territories, with Konkona Sen Sharma, Tabu, Nawazuddin Siddiqui, Parineeti Chopra, Rahul Bose, Kay Kay Menon and Adil Hussain fast becoming superstars because of the OTT and streaming channels, which, as a matter of fact, are the suppliers to the demand of the times!