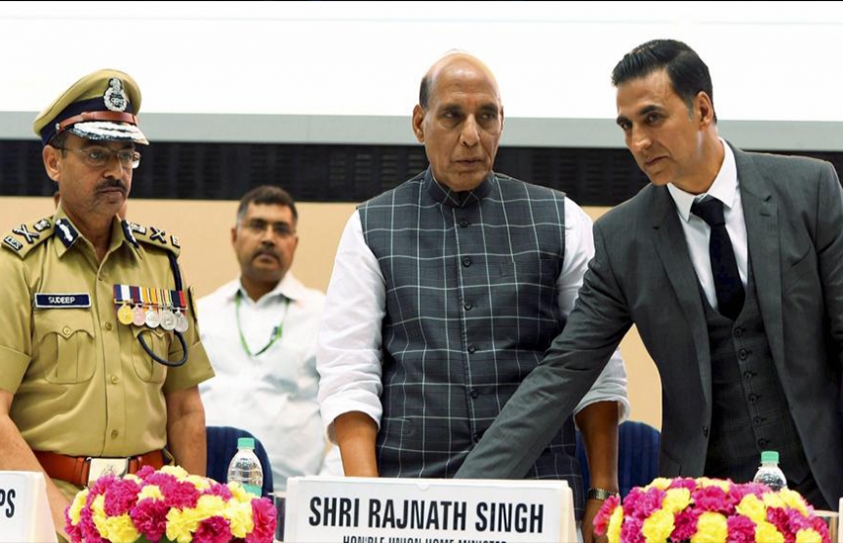 Bollywood actor Akshay Kumar, about three months back,conceived an idea for general public to donate money to the families of the martyrs of central paramilitary forces who get killed in the line of duty in Naxal affected areas, Jammu and Kashmir and other parts of the country. He discussed the idea with Union home ministry officials, who then initiated the plan with a team of expert. On Sunday, while celebrating CRPF Valour Day, a web portal called 'BharatKeVeer' , where people can donate up to Rs 15 lakh to family of a martyred jawan or officer of CAPFs, was launched at Vigyan Bhawan by home minister Rajnath Singh in the presence of Akshay Kumar.